Is your construction business using technology that is synchronized? Blockchain technology is here!

Construction Technology is Proving to be More and More Prevalent

What is So Special About Blockchain Technology?

How Construction Companies Can Gain More Insight on Their Project Expenses

Blockchain and the Evolution of Construction 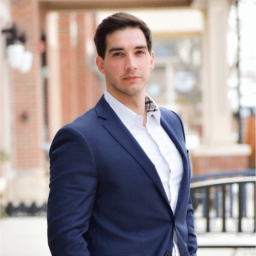 For most every nation, the construction industry is a key driver of economic growth and a significant influence on continued community progress.

Here are some numbers related to Construction as a Percentage of GDP:

It is readily accepted that the productivity and effectiveness of the building industry is known to lag behind other industries.  According to McKinsey research, construction productivity has been flat for decades, whereas in manufacturing, productivity has nearly doubled over the same period, and continues to improve.

Naturally, the construction sector is very complex, but more effective advances are needed to keep up this vital sector of the global economy.

Digitalization is a part of this development. A number of different modeling tools and software make the design process more effective and project control more interactive.

One major improvement is the use of Building Information Modeling (BIM). BIM is making the design process more integrated and helping most every aspect of a construction project.

However, BIM is not the only major invention in the industry. Drones, smart sensors, 3D printing, and blockchain are all influencing the landscape of the industry.

Blockchain is burgeoning in recent years at breakneck speed. The potential is not yet fully clear, but one thing seems certain, it will take on a major role in the future of construction.

Blockchain is a type of distributed ledger technology (DLT).

To understand this, we must first familiarize ourselves with what is a distributed ledger? A distributed ledger is a simple database, but with special properties. It is distributed, meaning that the database is scattered around multiple locations in a shared manner. It therefore shares some similarities with a typical cloud system or other shared stores on the internet. But instead of having one source, there are multiple stores scattered which are simultaneously being updated.

A distributed ledger allows each participant to interact or transact between one another in a peer-to-peer manner. This direct exchange of information enables interacting parties to work on a highly resilient network. These interactions are then cryptographically secured and added to – and in the case of a blockchain system - an immutable chain of records.

Just imagine a system where instead of having one central book of all transactions you can maintain multiple records simultaneously.  That information is stored chronologically, can be viewed by a community of users, and once published, the information on the blockchain cannot be changed.

The impact of this secure, decentralized information chain is a game changer!

Here at DigiBuild we are certain this is how future construction will be done!

Click here to schedule a talk with one of our team members, or to be included in our feedback process that goes toward making DigiBuild the biggest and best blockchain enabled construction software on the market.

Keep Up To Date With BlockChain Technology